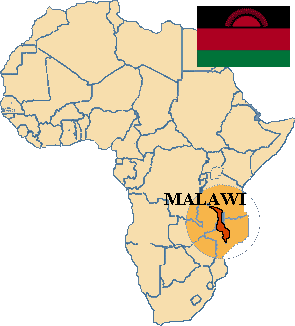 Africa Malawi is a country in southern Africa. Misuku is a region in the far north of Malawi, between Chitipa and Karonga on the border with Tanzania. It is a high hill area.

With more than 2036 meters altitude is Misuku after Mulanje in southern Malawi the highest part of Malawi. On the top is a tropical rainforest. From Karonga to the lake there is a road that goes up. The first 15 km are paved, then there is a sandy winding road to the villages.Especially in the rainy season (November – April), transport on the muddy roads is very limited.

The “Wazukwa” (people from Misuku) are in that period, mainly relying on local facilities for food, health care, schools etc. The Wasukwa grow food for their own use: corn, rice, cassava, beans, bananas and vegetables. If the harvest fails because there is no or too much rainfall, there is always a lack of food. Many also have a field where they sell coffee as additional income.

For 20 years ago the Women had to walk daily for many kilometers to get water, now there is with money from the Netherlands, a village tap at several central locations with ‘running mountain water. Since 2008 there is electricity available to Misuku, but it will take some time until it is a common standard for the community